Young Texans are Ready to Decide the Future of the State. But Will They Have The Chance to Vote? 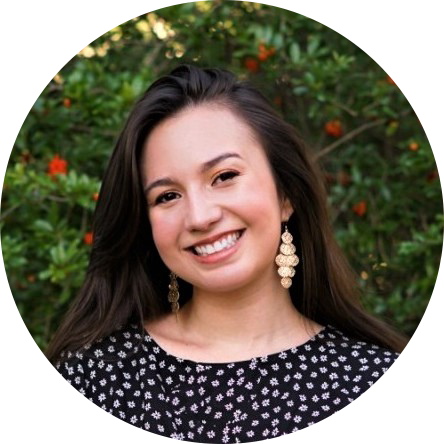 Going into the field of education policy, I work to ensure young Texans have a say in shaping our state. Our young people span many communities and shades of skin. At least 50% of them are Latino, and 19% are Black, Asian or another person of color. For the past eight months, they’ve been my team’s focus at the Children’s Defense Fund–Texas as we’ve researched how policy can influence youth civic engagement. For me, it’s personal. I’m Latina. I’ve lived in Texas for more than half my life. And in 2018, the state didn’t let me vote. Working in D.C. for a political fellowship, I double-checked each detail to send in my absentee ballot, only to learn after the election that my vote wasn’t counted.

I know now that the Texas Civil Rights Project (TCRP) is suing the state because, in 2016 and 2018, thousands of ballots like mine were thrown out for arbitrary reasons like seemingly mismatched signatures. Texas lacks uniform training or standards for rejecting these ballots, and doesn’t offer voters the opportunity to “cure” them by verifying their signature. TCRP argues, “Even if the State used signature experts, the science of handwriting verification is flawed at best. Innocent factors such as different writing surfaces, pens, or even levels of noise while signing, can cause signatures to appear different.”

Two years later, a fair vote-by-mail process is even more critical. While scientists say we should socially distance until a vaccine is available, the CDC also predicts another wave of COVID-19 cases this fall/winter. Multiple organizations, including CDF-Texas, are fighting to improve and expand vote-by-mail in time for our upcoming runoff and general elections.

While 34 states allow any voter to apply for an absentee ballot, very few Texans qualify under current law. Voting rights advocates recently won a temporary ruling to expand vote-by-mail during the pandemic, when a judge recognized in-person voting is a health hazard, and granted all voters the chance to vote by mail. However, state leaders are expected to respond with a long appeals process that will confuse voters and give local election officials less time to prepare.

Perhaps Texas leaders share the President’s unfounded concern– that expanding absentee ballots would mean we’d “never have a Republican elected in this country again.” Yet the President himself voted by mail in Florida’s March primary, and other GOP officials are embracing the safe and secure option. Conservative Utah, where I was born, is now one of five states to conduct all elections by mail. They’ve elected many Republicans – and even boosted their youth turnout. In reality, the issue of vote-by-mail isn’t as partisan as some politicians claim. The Washington Post points out: “Republicans who actually have lots of vote-by-mail in their states overwhelmingly support it.” So do a majority of Texans – including 42% of Republicans. In fact, the groups more likely to vote in their favor– older and white voters– often have higher turnout by mail.

If Texas did succeed in securing universal vote-by-mail before July or November, the groups risking disenfranchisement could be younger and nonwhite voters. Like Texas, Florida is a state without uniform standards or robust training for mail-in ballot rejection. In a study of Florida’s 2012 and 2016 general elections, the ACLU found younger and minority voters were almost twice as likely to have their ballots thrown out. While vote-by-mail has been shown to increase youth turnout in the past, an equitable future is determined through policies that protect every person’s vote.

When I sent my 2018 ballot from D.C., people knew me there as a loud and proud Texan. I still am, and it’s why I want us to do better. No one should have to choose between casting a vote and contracting or becoming a carrier of COVID-19. Expanding vote-by-mail would mean voters don’t have to. Our state deserves a well-implemented vote-by-mail option with pre-paid postage, headed by trained officials who follow statewide standards and offer voters a chance to cure their ballots if needed. Voting isn’t the only way to organize, but denying people a bare-minimum basic right doesn’t set a good precedent for young Texans.

I come across many civic education pieces citing the mistrust Americans feel in their institutions – the underlying argument often being that we can teach the doubt away. But lived experience also teaches. And it can be hard to trust a state that actively discourages civic engagement. In the time since I started working at CDF-Texas, the state ended temporary polling places, disenfranchised Black and Latino voters, upheld Crystal Mason’s sentence, and fought, even in a pandemic, our right to vote-by-mail. Still, I saw proof of just as many advocates and young leaders uniting to challenge policies and strengthen engagement statewide. This fall, I start my Master’s at Harvard’s Graduate School of Education. In hopes of helping students change the systems that affect them, I carry with me the same purpose every day: young Texans deserve a state they can trust.