Making Texas Count: CDF testifies to the need for state action to promote an accurate tally of Texans in 2020 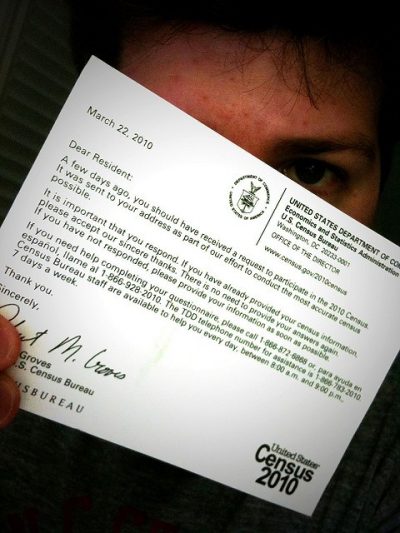 Last Thursday, CDF-Texas policy research associate Jo DePrang testified before the Senate Finance Committee, urging them to fund efforts to ensure an accurate count of Texans in the 2020 census.

The price of a state committee to do so—an estimated five to $10 million—is miniscule compared to the dollars at stake. If the census undercounts even one percent of the population, Texas will forfeit more than $300 million in federal funds each year for the next decade.

Could the census really overlook 230,000 people? It’s more likely than you’d think. According to one report, in 1990, Texas failed to count ten percent of its 2.2 million young children—the most missed by any state.

In 2020, the job will be even harder. A recent survey found that fewer than 7 in 10 households nationally plan to respond to the census, and this proportion is higher among immigrant families. Last year, Secretary of Commerce Wilbur Ross announced that the new questionnaire would ask about citizenship status, stirring fear and confusion in immigrant communities. Though a federal court recently nixed the question for now, the damage had been done.

The steady drumbeat of anti-immigrant actions and rhetoric coming out of the current administration is having other chilling affects. Community clinics and CDF-Texas outreach workers have reported troubling spikes in immigrant families foregoing health coverage and medical care for which they are eligible each time an anti-immigrant policy hits the news. It’s not hard to imagine how the proposed citizenship question would affect census response rates in Texas, where one in four children live with a non-citizen parent and roughly 17% of the state is foreign-born.

Fortunately, there is still something Texas can do. Alongside speakers from MALDEF and the CPPP, CDF called for Texas to join 24 other states in funding a statewide Complete Count Committee to boost census response rates. This panel would enlist community organizations to provide targeted outreach and education, especially in hard-to-reach areas and among groups who might need particular reassurance that participation won’t put their loved ones at risk.

California has already committed $100 million to a Complete Count Committee, and Texas has just as much to lose. Consider contacting your representative about the importance of ensuring an accurate census, and check out CDF’s full testimony to the Senate Finance Committee below. 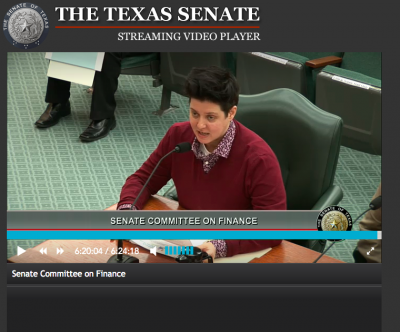 Testimony to The Senate Finance Committee

Good morning. My name is Jo DePrang, and I am the Policy Research Associate for the Children’s Defense Fund-Texas. Thank you for letting me speak today, and allow me to be among the first to congratulate you. Every ten years, one lucky group of Texas lawmakers has the chance to live the dream: to save taxes without cutting services and increase state revenue without raising taxes, all by faithfully upholding the Constitution. This decade, you are those lawmakers.

I’m talking, of course, about the rich potential posed by the advent of the 2020 Census. The results of the forthcoming census will be used for the next ten years to determine how many federal tax dollars will return to Texas to help fund various programs, including several that benefit children. Medicaid, Head Start, and the Children’s Health Insurance Program (CHIP) all use census data to calculate how much federal funding Texas will receive over the next decade. That means every uncounted resident is a missed opportunity.

Those misses add up fast. If even one percent of our population goes uncounted, Texas will forfeit an estimated $300 million in federal funding per year. That’s money for transportation, health care, infrastructure and housing, left on the table–or, in many cases, shipped off to other states. Texas may also be entitled to as many as three new congressional seats based on population growth, but that, too, will be determined by how many people complete the census.

You might be thinking, one percent sounds small, but it represents a huge number of Texans. Surely we won’t miss so many. But a one-percent undercount turns out to be a real risk when you consider that children are among the likeliest groups to go uncounted, and more than 26 percent of Texas residents are under 18. Kids aged four and younger are especially easy to miss, particularly if they live in large families, with single parents, grandparents, or other family besides biological parents, if their caregiver rents rather than owns their home, or if they move often. All these characteristics are more prevalent among low-income families, and over 20 percent of Texas children live in poverty—all the more reason Texas should fight for every dollar it deserves to help pay for the programs that serve this huge, vulnerable population.

In the last census, Texas failed to count ten percent of its 2.2 million young children—the largest number of young kids uncounted in any state. This time around, the undertaking is even harder, thanks to funding cuts, reduced outreach, and a political climate that discourages immigrants—both documented and undocumented, and even naturalized citizens and their native-born family members—from participating in the census.

The solution is for Texas lawmakers to take the same initiative 24 other states already have: to invest in a state Complete Count Committee (CCCs) that will perform outreach, education, and active promotion to increase census participation, and to provide incentives for individual counties to form their own CCCs and do the same in their communities. Merely having a statewide Complete Count Committee would help communicate to county leadership how critically important the census is to Texas’s future—and how much is at risk.

Sadly, there is no middle ground. There’s no such thing as a so-so census. Next year’s census will either take an accurate count of the people living in this great state, boosting our political power on the national stage and bringing more Texas tax dollars back home from Washington, or it will be a massive blown opportunity that robs Texans of congressional representation while forfeiting hundreds of millions of dollars every single year between 2020 and the next time Texas lawmakers get the chance to make this decision.

Again, I want to congratulate you on being the lucky lawmakers who have the opportunity to set Texas up for a decade of unprecedented success. On behalf of our 7.5 million children, I hope you’ll take advantage of it.