Unlike Most Texans, Legislature Is Fine with State’s Sky-High Uninsured Rate 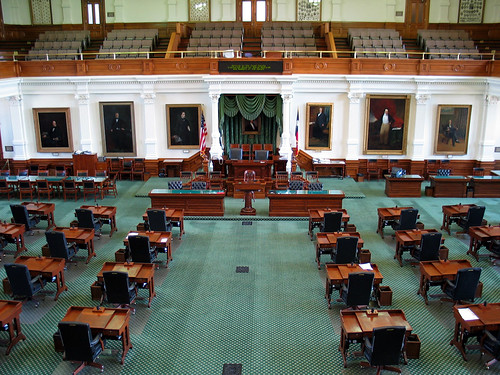 On Monday May 27, Texas lawmakers and their staff breathed a collective sigh of relief as the 86th Texas Legislative Session gaveled to a close. The fate of their bills, and those of their allies and opponents, now lies with Governor Abbott, who has until mid-June to decide which to sign, veto, or let pass into law without his signature. For better or worse, lawmakers’ efforts for this particular session have officially ended.

But at CDF-Texas, the 86th session continues. That’s because, despite polls showing that a staggering 87% of Texans wanted lawmakers to increase access to healthcare coverage when they met this year, state leaders failed to act, passing up their one biennial chance to make simple, common-sense changes that could have saved money and lives.

By all rights, improving access to healthcare coverage should have been an emergency priority for legislators. Texas has the highest rates of uninsured children, uninsured women of childbearing age, and uninsured adults in the nation. Even without such overwhelming popular demand, state leaders should have been scrambling to show that they were part of the Texas solution to this serious and pervasive problem. It’s not that they didn’t have a chance to act. Numerous bills were filed to improve access to health coverage and we are grateful for the Representatives and Senators who did in fact make healthcare a priority.

Yet key lawmakers dragged their feet. A maternal health coverage bill based on recommendations from the state’s own Maternal Mortality and Morbidity Task Force survived the House—despite 43 opposing votes—only to die in the Senate without even being referred to committee.

The House once again turned down millions of federal dollars to cover low-wage working Texans through Medicaid expansion, and even rejected a resolution that would have let the issue be put to the voters as a ballot measure.

The Children’s Health Coverage Bill (HB 342 Cortez & SB 637 Zaffirini), which had bipartisan support, never made it to the floor in the House and did not even get a hearing in the Senate. This bill would have helped as many as 50,000 Texas children keep their healthcare coverage while costing the state nothing.

This is unacceptable. To neglect the will of the people and the health and welfare of Texans is against the spirit of representative government. To turn a blind eye to the millions of Texans in need of health coverage is unconscionable.

At CDF-Texas, we refuse to let this inaction fade into history. For the families who will suffer because of what lawmakers did and didn’t do this year, the 86th session isn’t over. That means it’s not over for us, either.

In fact, CDF-Texas is inaugurating a new phase of the legislative calendar: reckoning. If Texas is ever going to improve access to coverage for the people of our state, we need to organize our communities immediately to hold our leaders accountable for deliberately ignoring this huge problem. Elected officials must understand in a new and more urgent way that their constituents demand action on healthcare.

CDF-Texas and a number of committed partners are launching the Healthcare Activist Leadership Network (HALN) to do just that. We’re looking for local healthcare leaders across the state who will help us build a passionate grassroots network of activists to ensure that this failure of leadership never happens again. We want lawmakers and 2020 candidates at every level, in every district, to know that when we vote, their record on healthcare will be the deciding factor.

Don’t accept this session as complete. Find out more about how we’re holding state leaders accountable at covertexasnow.org, and join us—we’re just getting warmed up.

To read more about healthcare issues, here are some great articles:

Texas’ Uninsured Rate Is Bad And Getting Worse. But Lawmakers Did Nothing About It This Session. [KUT 90.5, Austin’s NPR Station]

Texas Moms are Still Dying. When Will This State Get Serious About Helping Them? [Dallas News]

Texas Women Needed Help from the Legislature. They Didn’t Get It. [The Dallas Observer]

Lawmakers Do Little to Support Women’s Health [The Austin Chronicle]