[This is a bi-weekly publication produced by Senior Policy Associate Cheasty Anderson. New issues will be posted here on this blog or you can subscribe to have them delivered directly to your inbox.] 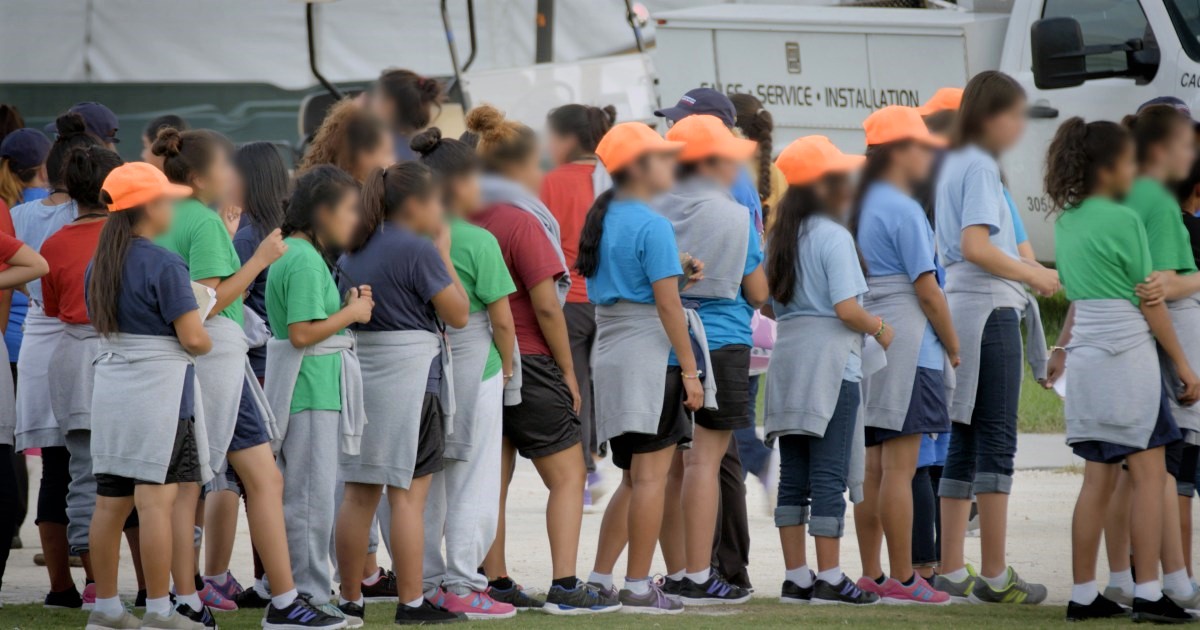 Image via Kids Caught in the Crackdown from FRONTLINE and AP

Thank you so much for wanting to stay up to date on what’s happening. Here’s the latest roundup of immigration-related news, and our bi-weekly action opportunity.  Please let me know as things cross your desk that you think might be of value for our next newsletter, and as always, feel free to forward to folks who might want to join our list.

Kids Caught in the Crackdown

As the detention of migrant children has climbed to record-breaking levels under President Trump, Frontline (@frontlinePBS) and @AP investigate what’s going on inside federally-funded shelters — and the lasting impact on children held in U.S. custody. to.pbs.org/32r8BQE

The Demise of America’s Asylum System Under Trump, Explained

“The administration has built up, layer by layer, a series of impediments in Central America, at the border, in detention centers, and in the immigration courts that have made obtaining asylum nearly impossible.” Read about the 7 ways the Trump administration has made it all but impossible to seek asylum in the U.S. here.

If you are in Texas, I have a local action opportunity. There is a rally and march on November 19th to protest MPP. The group is organizing in solidarity of vulnerable asylum-seekers who have been forced to wait in Mexico as part of the Migrant Protection Protocol (MPP). Sign up here

“The Department of Homeland Security wants to increase fees by a weighted average of 21%, according to a Federal Register notice it published Thursday.” Read about the fee increase here. Comments are due by 12/16/19.

3. Call your representative to #SaveAsylum and end MPP

Call your representative and two senators. Find them here >>>
Sample Script: “My name is ____ and I am a constituent from ____. I urge Representative/Senator ____ to defund and terminate the harmful MPP policy. DHS must be held accountable for violations of the rights of migrants due to their policies. Asylum seekers should be allowed to wait for their asylum hearings in safety within the United States, not be sent to harm in Mexico to wait for months. I am alarmed that they are being returned to dangerous Mexican cities where they are at risk for kidnapping and extortion. I implore you to speak out against these policies. My community welcomes and values immigrants & refugees, and as someone who represents my community, I urge you to do the same.”

The PIF campaign has great new resources (with LOTS of language translations) to help people stay informed on public charge. You can find them at: protectingimmigrantfamilies.org/know-your-rights

Other Recent News of Interest:

Thanks so much for reading and staying informed.