Redrawing the Competition: Gerrymandering & What You Can Do

Last September, Texas Republicans released a new congressional map that — despite the rapid growth of Black and Hispanic populations — grants disproportionate political power to white voters across the state. This new map arrives just in time for this year’s midterm elections, at a time of increasing party polarization, and as a result of these new maps, the number of districts that are majority people of color has decreased.

The maps — in addition to creating more reliably Republican congressional districts — create even safer districts for Republican incumbents and far fewer competitive districts. This is accomplished by reducing the number of districts in which Black and Hispanic voters make up the majority by redrawing district boundaries, despite the population of people of color outpacing white Texans over the last decade. Creating and preserving competitive districts in Texas is incredibly important because it ensures that voters are selecting representatives that meet their needs, rather than allowing representatives to select their voters. Additionally, competitive districts encourage candidates to appeal to voters from various political ideologies rather than to appeal to extremism.

Currently, the explosive population growth in Texas is largely due to a rapidly increasing Latino population. Despite that growth, the new congressional maps reduce the number of Latino-majority districts. According to Samuel S. Wang, Director of the Princeton Gerrymandering Project, this is “fairly incredible, considering that the Hispanic population grew by 1.98 million since the last Census, enough to drive nearly all of Texas’ population growth.”

This is glaringly present in areas where legislators have split the dense Latino populations in western Dallas and eastern Irving across four districts — the 6th, 24th, 25th and 33rd — all with contorted geographic lines. 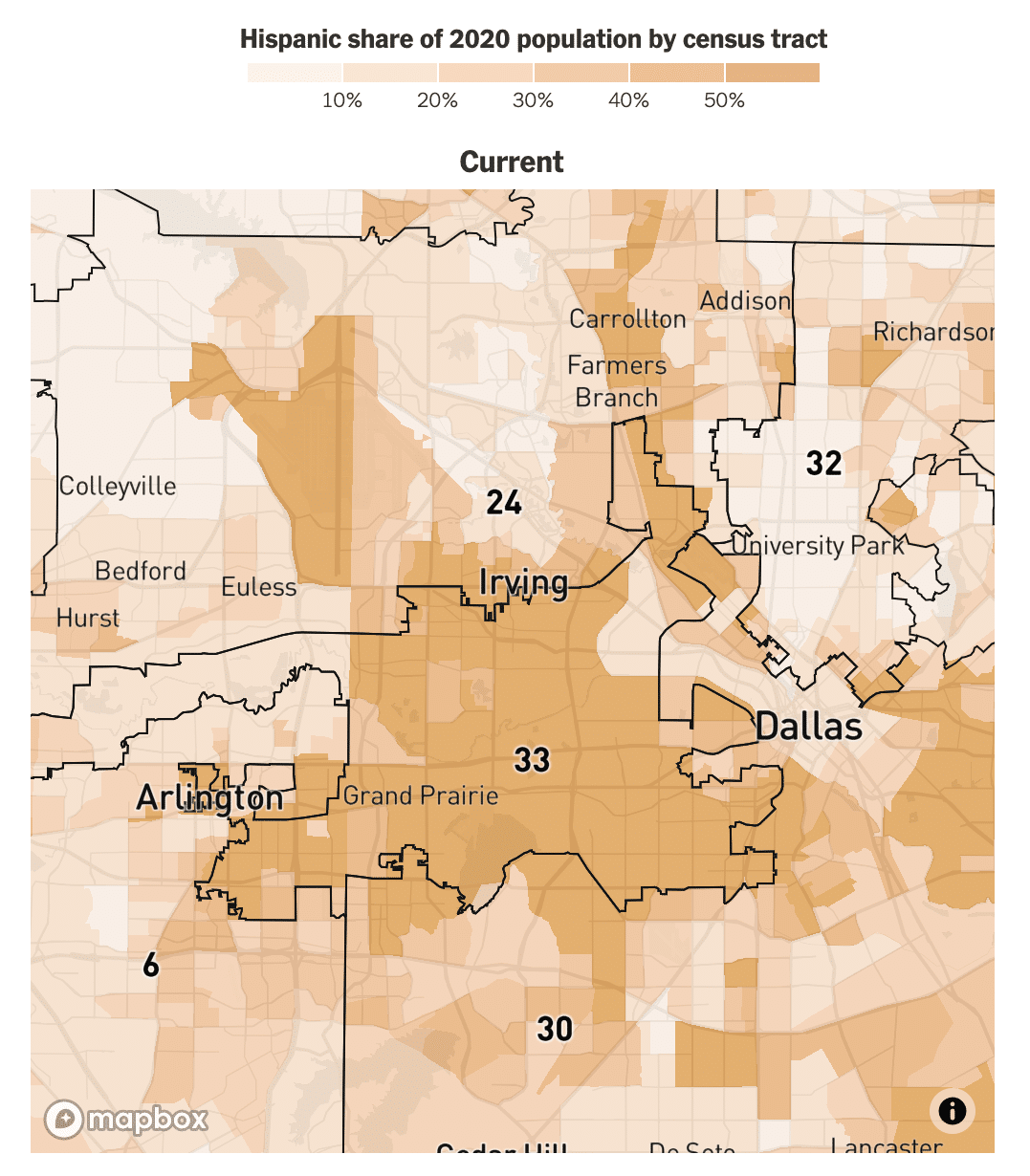 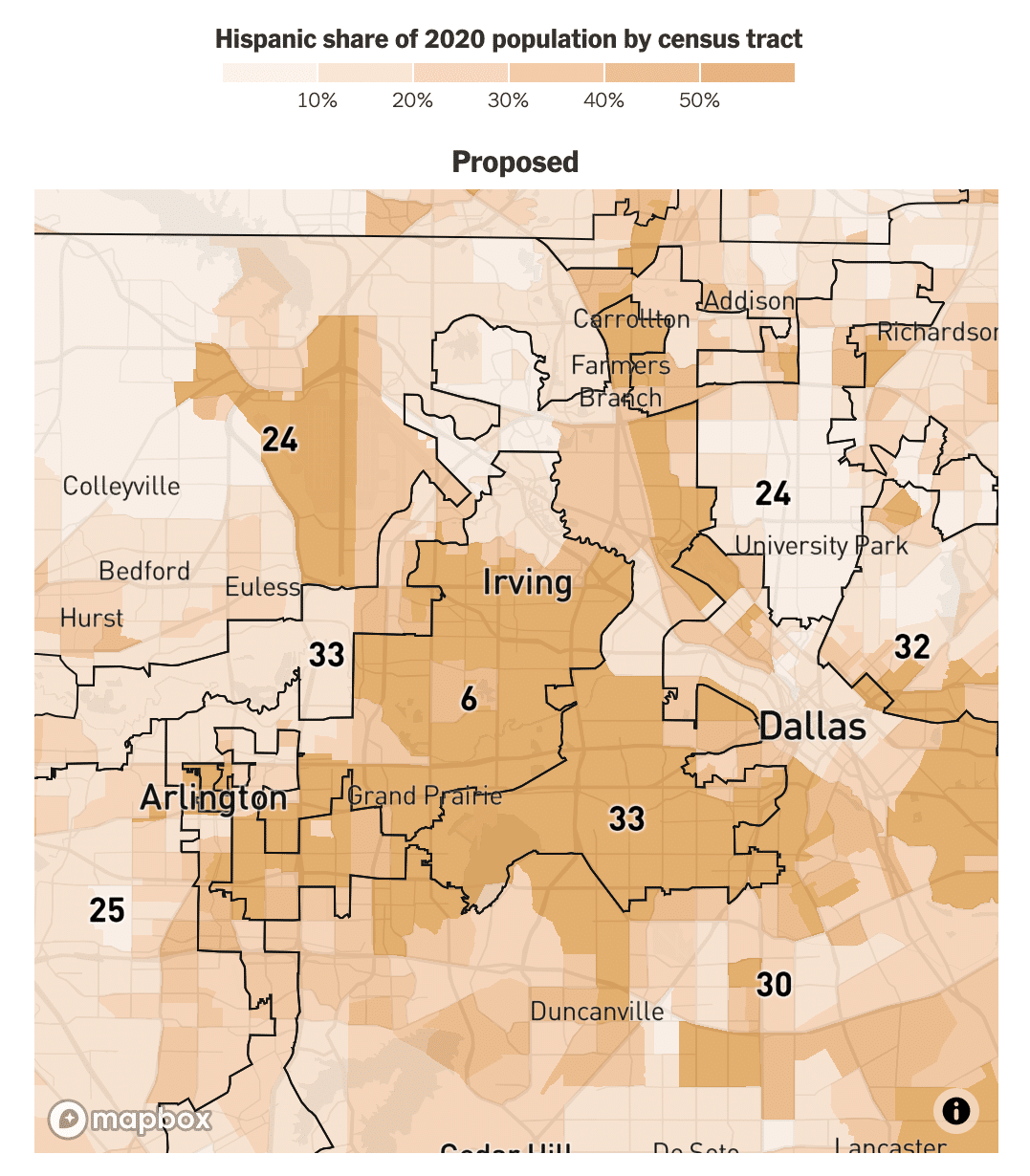 In light of these newly drawn maps, the U.S. Department of Justice has filed a lawsuit that claims Texas lawmakers have discriminated against voters of color by “denying Latino and Black voters equal opportunities to participate in the voting process.” This lawsuit was filed in a federal court in Texas, joining at least five legal challenges that claim these maps are unconstitutional and violate the federal Voting Rights Act by targeting the political influence of voters of color. However, despite these legal actions to challenge the proposed map, it is highly unlikely that any newly drawn maps passed this year will be changed before the 2022 midterm elections.

We can still stop this, but time is running out. Congress must pass a federal voting rights legislation—similar to the Freedom to Vote Act—to create a national standard for voting laws and place the power back in the hands of the people.

Contact the White House here and use this template to let President Biden know that you stand in support of federal voting rights legislation and ask him to do the same. Let’s give power back to the people!