Stand Up for Children’s Rights

This December is Universal Human Rights Awareness Month. All across the world people are fighting for fundamental human rights like equality based on gender, religion, and ethnicity, access to healthcare, and the right to education. In Iran, protestors are speaking up for womens’ rights; in Hong Kong, they’re advocating for freedom of speech; here at home, Americans everywhere are fighting for the rights to read and access abortions.

This is a struggle we’ve witnessed and participated in throughout history, and one that remains relevant today.

In 1948 the United Nations created the Universal Declaration of Human Rights, which has since been adopted by nearly 200 countries across the globe. The Declaration outlines 30 fundamental human rights like freedom of expression, the right to education, and the right to seek asylum.

Unfortunately, many governments continue to fail to uphold these common values. The United Nations is beginning a year-long campaign this month to encourage people and governments everywhere to honor human rights. They launched the Stand Up 4 Human Rights Campaign, which aims to educate people on the history and legacy of the Universal Declaration of Human Rights while encouraging activism that works towards the goal of achieving universal rights.

In the discussion of human rights, we often forget about the rights unique to children. In everyday discourse and in our policymaking, children are too often marginalized as merely an extension of their parents. In the courtroom, the classroom, and the Capitol, adults in power regularly ignore children’s rights and needs. The UN’s Convention on the Rights of the Child outlines ideas like protection from unwilling separation from parents, freedom of expression and protection of individual agency, and a right to education as fundamental for children. In recent years, our national and state governments have denied those very rights to children when separating immigrant children from their families, threatening to remove trans youth from loving homes, and incarcerating children in unsanitary and dangerous facilities. It’s time that the U.S and other countries across the globe stop politicizing children’s lives and recognize young people as integral, powerful members of our communities.

To address these needs, UNICEF launched the Child Friendly Cities Initiative in 1996. UNICEF started the initiative to respond to the challenge of realizing the rights of children, and it now operates in more than 3,000 cities and 57 countries. However, very few cities in the U.S have joined the initiative or worked toward incorporating the rights of children into public discussion.

This year, Houston has pledged to take the steps toward becoming the first Child Friendly City in the United States. To do so, Houston is implementing an action plan that aims to actively listen and integrate the voices of youth in the city into public policies and programs. Beginning in 2019, Houston conducted studies and workshops with youth and community partners to identify youth needs, such as need for mental health support, lack of civic engagement opportunities, and lack of basic resources, among others. CDF-Texas is excited to support this work by training young Houstonians to be leaders and advocates in their school, neighborhoods, and city.

By participating in this initiative, Houston is setting an example for other cities nationwide. Cities across the U.S should follow Houston’s lead and take a more active role engaging youth and incorporating their ideas into tangible public policies. Incorporating young people’s voices is a crucial part of government at all levels, and initiatives like Child Friendly Cities is a great step in the right direction.

As an individual, you absolutely have the power to advocate for initiatives like those mentioned above in your own communities. Raise your voice at city council meetings, reach out to your representatives, or organize the people around you to advocate for both human rights and the rights of children. The more we do to meet the needs and rights of every person, the better the world that we live in will be. We encourage you to do your part in striving to meet those rights, and encouraging others to do the same. 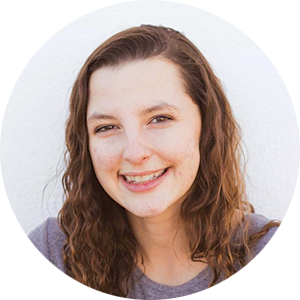