CIVICS IN THE NEWS

Ongoing Black Lives Matter protests have led to spikes in voter registration – particularly among youth and people of color – following slowdowns in registration numbers in the first months of the coronavirus crisis. Voto Latino reported 53,000 new registrations in Texas alone in June, and nationwide saw a 2,750% increase in registrations from May to June.

“Winning the youth vote can’t be a gimmick that pops up every election year,” reads an opinion piece in the New York Times. Interviewees including Move Texas stress that young people want to see candidates emphasizing the issues they care about and investing in their leadership beyond the election cycle.

Native American youth activists celebrated a ruling last week from the US District Court for the District of Columbia ordering a temporary shutdown of the Dakota Access Pipeline. The ruling comes as a major win for indigenous people who have been fighting against the pipeline for years. Read The Summer Evergreen’s piece on Native American students and their efforts to combat the DAPL. 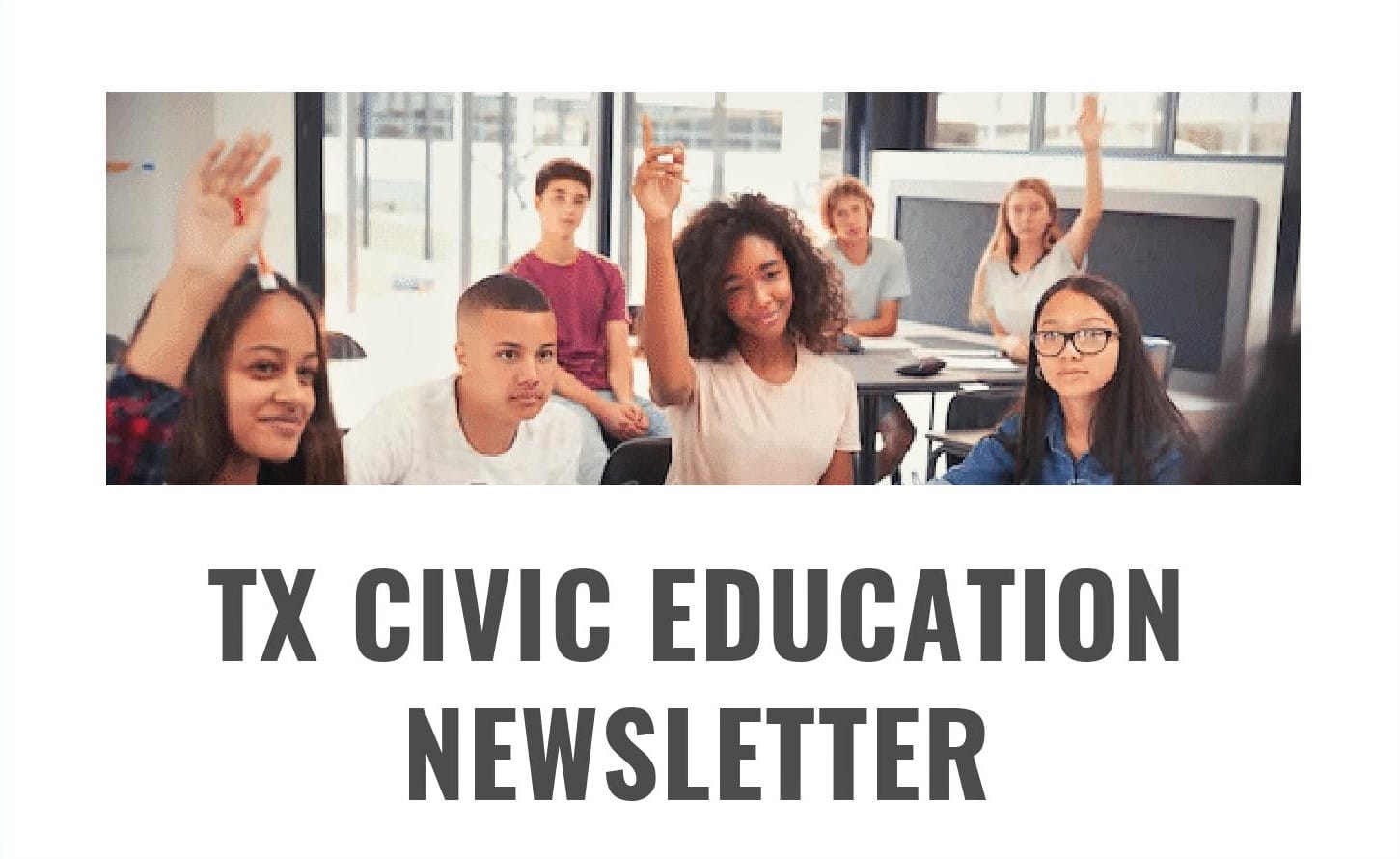 Welcome to the July edition of the Children’s Defense Fund’s civic education newsletter! As Texans head to the polls amidst the COVID-19 crisis, catch up with this month’s news.

Leading Through A Crisis

We continue to share stories of young leaders around the world staying civically engaged during the COVID-19 pandemic. This month, we highlight youth who are organizing protests, calling for change, and leading their communities. Recognizing the importance of protest as a form of civic engagement, we echo the call from Generation Citizen for us to “listen to, and learn from, young people protesting racism as innovative civic educators.”

The San Antonio Youth Scholars Collective, a new program created by local educators and undergraduate students, is creating a platform for young students in the Bexar County-area to voice their thoughts on the issues in education that are affecting them the most. They also provide a plethora of resources for students who need them. If you or someone you know is interested in getting involved, fill out this survey!

As mutual aid funds continue to gain traction and grow in the face of COVID-19, the Riverside Mutual Aid Network has gotten attention for their work being done in a city usually lost in the noise of its larger neighbor, Los Angeles. Their current fundraising goal has not yet been met, so check them out and donate here!

Following ICE’s decision to bar international students from entering the US if their university transitions fully online, thousands of students have taken to collaborating on a shared-spreadsheet, where international students at a number of schools can easily find in-person classes that will allow them to remain in the US legally. If you or someone you know might need this information, find it here!

Thanks for reading! Please stay safe and healthy!