The Texas Civic Education Round Table (TXCER) Newsletter is a monthly publication that allows you to stay updated on the latest announcements in civic education. Subscribe to receive the newsletter directly to your inbox!

Last Thursday, a U.S. District Court judge heard arguments for the civic education lawsuit Rhode Island students are filing against the state. The executive director for Columbia University’s Center for Education Equity, Michael Rebell, is representing the students as they pressure education officials to guarantee students a more robust preparation for civic life. One student mused, “The lawyers who work for the Rhode Island Department of Education [kept repeating] that education is not aright [. . .] It’s kind of scary that people responsible for running our education believe that.”

In EdWeek‘s “Math: The Most Powerful Civics Lesson You’ve Never Had,” Indiana educator Allison Strole outlines how she engages her students in quantitative civic literacy. Preparing her students to shape policy, Strole teaches them to analyze patterns in political data, calculate costs of proposals and write memos to elected officials detailing their concerns and suggestions.

In one of the nation’s least civically active states, Floridian lawmakers have filed bipartisan legislation in hopes of inspiring the next generation of civic leaders. House Bill 581 would create state standards for a service learning practicum aligned with the state’s U.S. government curricula. Campuses which successfully complete the practicum through criteria determined by the State Board of Education would gain the distinction of “Freedom Schools.” 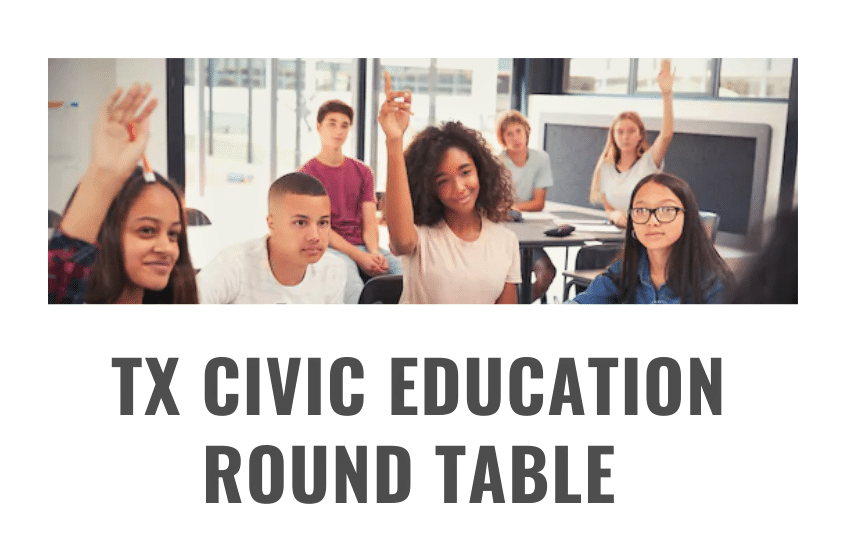 Welcome to the December edition of the TXCER Newsletter! Stay connected to the latest in civic education through this month’s announcements: