Thank You for Supporting This Year’s Events

All photos above courtesy of www.AlexandersPortraits.com, who we highly recommend!

Miss last year’s event? Get a snapshot of our speakers and leaders.

Special Thanks to Our Sponsors

In addition to honoring five exceptional high-school seniors who have overcome adversity, CDF-Texas was proud to honor five Outstanding Alumni who have continued to beat the odds into adulthood. 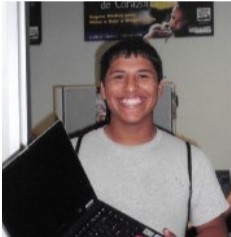 Jesus grew up in a small rural town in Mexico. He and his mother were on their own as his father was working in another city. At age five, he immigrated to the USA with his mother in a very dangerous, daring journey. When they arrived, they searched for Jesus’ father only to find him living with another woman awaiting the birth of their first child. Without a father figure in his life, Jesus forged a relationship with his uncle only to later be molested by this same man. His mom was his rock of comfort and strength throughout all his struggles and supported him as he became the first in his family to graduate high school. He went on to study dance in college and was a founding member of NobleMotion, a renowned dance studio that has gone on to win many awards. Jesus has performed in legendary venues and is a nationally known teacher, choreographer and judge. 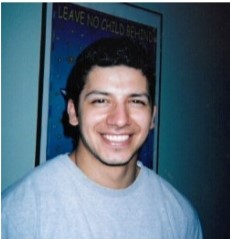 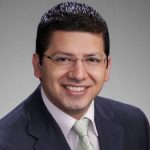 As a little boy, Moises emigrated from El Salvador with his family, none of whom knew English. He learned English by watching PBS at home while his parents worked. Once in high school, a close loved one was suddenly deported, leaving the family with a huge financial burden. Moises was forced to take whatever job he could find and found work as a janitor, working the graveyard shift to gain income for his family, then go straight to school with little to no sleep. After many years of hard work, Moises earned a full college scholarship, which was subsequently retracted due to his illegal status. Moises nonetheless went on to graduate first in his class. He went on to earn a law degree and worked as a judicial clerk. He thereafter practiced at a respected law firm, helping individuals seriously injured and recovering employees’ wages owed.

In 2017, Moises opened his own law firm to continue fighting for the rights of employees and those seriously injured. 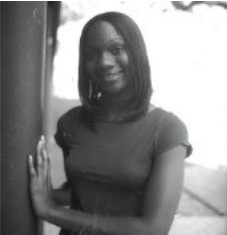 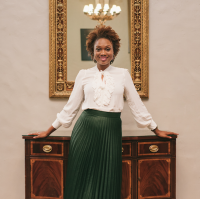 Itang and her four siblings were born in Beaumont. While still young, Itang’s mother abandoned her children and not long after, her father departed for his homeland in Africa, never to return. The children went to CPS custody then were taken in by an aunt who resented having to care for them and was physically and emotionally abusive. Itang eventually moved in with her older brother, who by then had a family of his own. Itang got a job to bring in extra income and balanced a heavy school load with work and intensive extra-curricular activities. She earned a full scholarship to college to pursue an engineering degree. After graduating, Itang built an impressive career with prestigious internships and extensive travel opportunities, but something was missing. She soon left the corporate world to pursue a calling in ministry, especially to advocate for equality for marginalized populations. She completed a seminary degree and was licensed to preach at the church where she currently serves as assistant minister for youth. Most recently, Rev. Young has achieved a fellowship at the United Nations and has launched her international development career as the Executive Director for the Abyssinian Fund, Inc. In Fall 2019, Itang will begin coursework in the Doctor of Philosophy program in Administration and Supervision—Church and Non-Public Leadership at Fordham University. 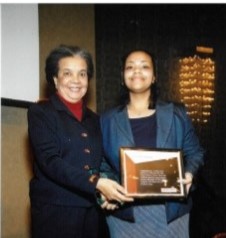 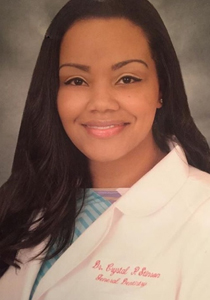 Born into extreme poverty in a household of 11 kids being raised by their maternal grandmother, Crystal’s normal was frequently going without, nights without A/C, and boiling water to bathe when the electricity was disconnected. Crystal learned early the concept of how to make ends meet and helped to care for her younger cousins as she was the second oldest. Add to this witnessing her aunt overdose on crack-cocaine and pass away in her living room and her mother in and out of prison fighting this same addiction. Although Crystal knew her father and is his only child, he did not care to save her. This unstable household was the gateway to even more hardship as at the age of seven, Crystal was sexually abused by her great uncle that had moved into their home. This resulted in Crystal attempting to take her own life several times and turning to food thinking that making herself less desirable would make the abuse stop. By her teen years Crystal developed a bulimic eating disorder and major self-esteem issues as she battled with self-image and juggling house work, school work and caring for her family. She eventually overcame bulimia, forgave her mother and father (who to this day have chosen not to be in her life) and graduated high school with the Beat the Odds award that helped her earn a full ride to college. Four years later, in what was supposed to be her final year in college, her oldest sister was brutally murdered, leaving two children behind that needed Crystal. She delayed her dreams for a few years and once her niece and nephew were stable, moved to Dallas to start dental school.

Crystal completed a B.S. in Chemistry, Doctor of Dental Surgery, Master’s in Health Professions Education and a PhD in Oral Biology, and now provides care for underserved communities as well as mentors at-risk and under-represented minority students as the only African American professor and researcher at Texas A&M University College of Dentistry with a dual doctorate degree. Crystal is also a 2017 recipient of the prestigious Robert Wood Johnson Harold Amos Medical Faculty Development Program Fellowship. Aside from it all, Crystal’s greatest accomplishment in a life of beating the odds is being a mother to her two children, Kenneth II and Kensington Pearl. 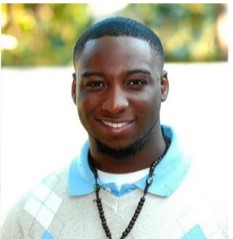 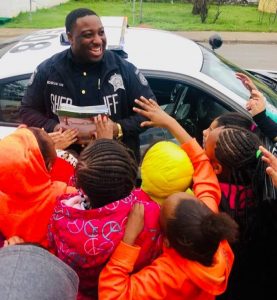 Prentice grew up in a low-income area and was exposed to crime and danger from a young age. His mother was a drug dealer, apathetic to any of her child’s needs, so one day without warning, she kicked him out of the house. From age 15 to 18, Prentice was homeless — sleeping on friends’ couches, living in his car –– yet he still managed to play sports and volunteer as a little league coach in his spare time. Despite his lack of adult guidance, he still believed it was never too early to give back. He aspired to become a police officer and is now a deputy sheriff for the Dallas County Sheriff’s Department. Deputy Sheriff Richmond is the outreach deputy, serving his community by mentoring students who want to become police officers, presenting motivational speeches at local schools, and volunteering with a weekly program for troubled youth in high-crime areas.